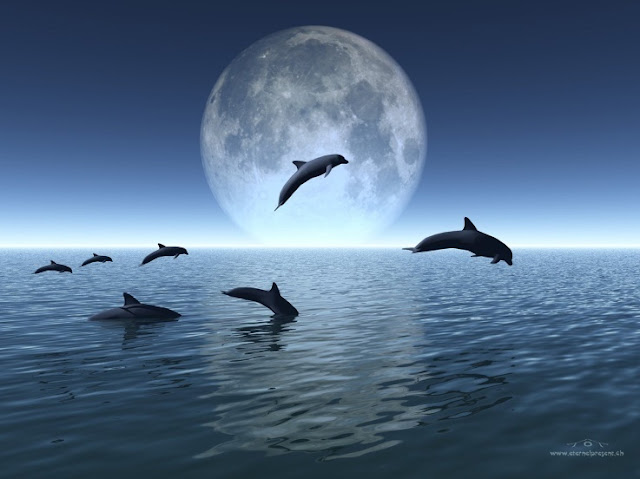 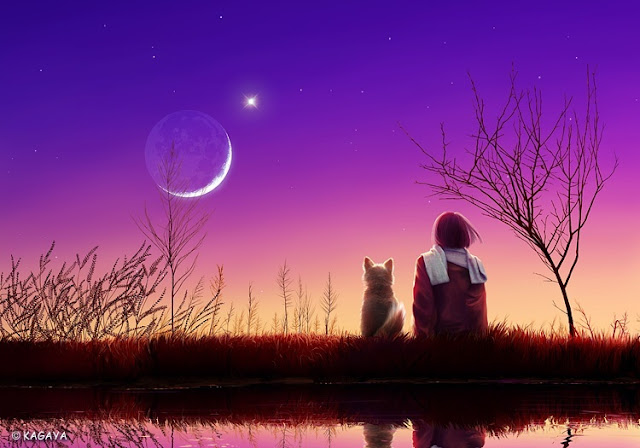 ________________________
“It’s all coming back to me now.”  These are familiar words, aren’t they?  We’ve all heard them a time or two.  They are a celebration of remembrance, perhaps……..or seizing the day to gather necessary thoughts and aspirations for some new project or adventure. It speaks to that blessed moment when everything seems to “gel,” and all our loose ends finally come together.

A New Journey has begun. Humanity has chosen to go forward, not back. We have also opted to survive, rather than doing away with ourselves. With all its complications, conflicts, electronic gadgetry, and collective angst—the world in which we now live feels bright with potential—like a newborn child, opening her eyes for the first time.
In 1987, Planet Earth made an evolutionary leap into what has become known as “The Harmonic Convergence.”   It was our planetary invocation for “The New Paradigm of Universal Oneness.”  That leap began our process of GLOBAL RECONNECTION, with a goal of the gradual reduction and transformation of polarity consciousness throughout this world.

We are, literally, PULLING OURSELVES TOGETHER again.  No longer are we in bondage to hyper-masculine, logic-oriented thoughts and ideals. The Age of Aquarius is upon us (if we choose for it to be).  This means a re-introduction and rapid infusion of Divine Feminine Energy.  Feeling. Emotion. Intuition.  Universal Father and Mother are reconciling once again.
Our entire Signature Vibration has become creative.  What we think, what we feel, what we desire, what we fear, and especially what we attempt to hide……all will be made known to us in a world which manifests, moment-by-moment, right in front of us. All we need are eyes to see what is there, and a heart that is willing to consider our whole truth—not just the watered-down version we were fed when we were young.

A Time of Reconnection usually simulates folks to begin viewing their world through PERSONAL-EYES.  This means reasoning from an entirely new place.  I said in an earlier article that you are no longer “one of many.”  You are really MANY OF ONE.  If that is true, then it behooves us to begin interpreting things from that root premise.

Everything and everyone reflects some part of YOU.  In their own created worlds, they’re busy doing what’s important to them.  But here, in the Universe of Your Perception, they carry messages which apply directly to you. In essence, each person’s reality is like a Rohrshach Test.  What we tend to see or sense reveals clearly what’s going on deep inside of us.
Moving from singularity to multiplicity, our “I” becomes a “We.”    In Reconnection—we learn to own people, objects, and situations that appear in perceived reality as SELF, so we can move from being “alone” to becoming “All One.”   We go from shame and blame to SAME.  Every time we point a finger, three fingers point back at us.  From this point on, when you hit someone in the eye, you’ll feel it.
As we take our first steps in this New Journey, we must develop a personalized way to integrate (mentally, at first) many scattered “parts” of us back into One Whole Self.  In the Spirit Realm, it’s easy to mix and mingle ideas and feelings. But in 3D, which is built on compartmentalization, mixing and mingling requires a great deal of focus and precision.
Personalization, Interaction, Observation
To assist us as we begin to decode our world, I offer the following Levels of Self which may re-organize our thinking just a bit. Each level symbolizes a context of observation, wherein one can view every aspect of life as a single facet of the Multidimensional Crystal we all are.

LEVEL ONE: The BODY, and its individuated personality, is a representation of yourself, at the FIRST PERSON Position.

LEVEL TWO: Everything and everyone that has A DIRECT INTERACTION with your physical persona–whether they be human, animal, vegetable, or mineral—would represent yourself, seen from a SECOND PERSON Position.

LEVEL THREE:   Everything and everyone which can be seen or otherwise sensed by your Body/Personality—which HAS NO DIRECT INTERACTION with your physical persona— represents yourself, seen from a THIRD PERSON Position.

Additionally, utilizing familiar psychological terms—I also match each Level with a representative state of consciousness:   First Person perceptions reflect the activity of the CONSCIOUS MIND.  Second Person representations reflect the activity of the SUBCONSCIOUS MIND. Third Person representations are reflections of the UNCONSCIOUS MIND. It’s ALL ME, it is ALL THEE, and it is all the Oneself, WE.
Humanity, as a Whole, is still locked in a Separation Mindset—a point-of-view many will choose to maintain for several lifetimes.  Others, within that same Whole, have already sensed a bit of what I’m describing here. They simply haven’t found a way to express it.  This is a “system” I use to navigate my 3D Game Board. You can do with it what you will.

BEHOLD, I SHOW YOU A MYSTERY

There was a time when many of the truths I’m discussing were kept hidden from common view.  This “hiding of light under a bushel” did NOT begin because of greed, jealousy, or arrogance. In the early days, secrecy about these subjects was necessary to insure personal survival. If you think people show intolerance to those who are ‘different’ now—you should take a look at what we did with “heretics” in ages past.  Social Ostracism, Imprisonment, Torture, Death—these were some of the prices paid by “Great Thinkers and Mystics” of old.  That which is accepted openly today—honored as true religion and credible science—was once looked upon as a mortal sin, worthy of death and damnation.
What was it Ghandi said?  “First they ignore you, then they laugh at you, then they fight you, then you win.”   Unfortunately, the amount of time which passes between “ignoring you” and “you win” may stretch out over decades, or even centuries. Therefore, in order for important ideas to survive—they need to be nurtured underground—passed from generation to generation through what became known as Mystery Schools.

Every society and every major religion has a mystic or “underground” component as it grows and develops. Christianity has Gnosticism, Judaism has Kabbalah, Islam has Sufism, and Indigenous Peoples have Shamanism. India has every form of YOGA a mind can imagine. Other Underground Initiates practice Taoism, Spiritualism, Rosacrucianism, Hermeticism, Theosophy……..the list goes on.
Another word for describing all of this is ESOTERISM = “That which is comprehended by special initiates and held sacred by a chosen few.”  Therein dwells a second reason why certain spiritual truths are kept hidden from the masses. They bring LIGHT into places where DARKNESS is preferred by a majority of folks. When I say this, I’m not applying these terms as synonymous with Good and Evil.  In this context, “Light” symbolizes conscious awareness and remembrance, while “Darkness” means spiritually sleeping just a little while longer.

There was a time when the term “Illuminati” meant far more than Government Conspiracy and World Domination.  It made reference to the “Illumined Ones”……”those who serve the Light”….very much akin to the term “Lightworkers,” which now proliferates in the New Age Community.  Times change, people change, even titles change. Our underlying purpose remains constant, Age after Age:  Grow!  Expand Consciousness!  Evolve!
ALCHEMY AND PERSONAL TRANSFORMATION
One of the most basic of Esoteric Studies is a collection of sacred knowledge and practice known as ALCHEMY—the Grandfather of our Modern Chemistry. The Practice of Alchemy was tolerated by the Aristocracy and the Church in early days because it was labeled as a science, and touted as a viable means for converting base metals into gold.  This, however, was just a cover.  Few citizens, save for the Alchemists themselves, understood the deeper implications of the art.   At its core, Alchemy examines and supports the process of Human Transformation—especially Spiritual Transformation….which originates deep within a person, and expands outwardly.

Much has been spoken about “the Philosopher’s Stone” in recent days.  Even Harry Potter is getting into the act.  At its root essence, the Stone forms an Elemental Bridge between “darkness and light,” “male/female,” “positive/negative and many other polarized substances. Its appearance in any society serves as Touchstone for Integration of “baser elements” with the highest attributes of character and achievement.
The Mystery Schools are involved with gathering and sharing bits of Sacred Knowledge and spiritual practice.  Among those practices:  philosophy, meditation, herbalism, astrology, divination, shape-shifting, soul retrieval, and various forms of ritual magic.  There are many more, and we will revisit this subject regularly as our studies progress.
In matters of religion, politics, science, or art……every significant “movement” of thought or style begins with an “Original”………an individual who just seems to have what it takes to make things happen in a particular field, or in life.  An Original sets his mind on a cherished goal, and his whole process begins to instantly unfold. This is because that process sources itself at the center of his being.  It’s only when interested followers begin to gather around him (or her), that things can get confusing. Primarily, this is due to the “Separation” factor, which occurs when people begin projecting their own God-Goddess Aspects outward—on some individual, group, or idea which they believe exists outside them.

Many folks today want self-improvement.  We read books, visit counselors, go to seminars…….all so we can be happier and more successful.  We want more wealth, more health, more freedom, more power.  And we are willing to pay for it, too………BIG TIME……so long as we get the “results” we are looking for.  But who, may I ask, is the determiner of what constitutes “happy” and “successful?”  Who are we seeking to please, with those “results” we long to attain?

An Original has little concern for “results.”  He likes the world and how it works, yes.  And if there is some task that needs to be completed………well, all right. He’ll get it done. But beyond that, an Original longs for TOTAL EXPERIENCE……..insight, sensation, personal joy.  As Carl Jung once pointed out, emotion is something that happens to a person.  It isn’t created at the ego level.  It’s that “wind beneath our wings”….a momentary intersection of desire and opportunity, which has the power to carry us away to points unknown.  Emotions can be affected, yes…….but if they become AFFECTS, STAGE DRESSING………our Inner Game is over before it begins.

In days to come, we’ll remember more about Esoterism, the Mystery Schools, Alchemy, and most of all… being Original.  A New Journey has begun. Individual and Collective Remembrance will serve as a LIGHT, guiding us on our way. We won’t have to struggle, or try to make things happen. Everything is unfolding exactly as it needs to unfold. I wish you all an outstanding week.

Copyright, 2012, by Daniel Jacob.  All Rights Reserved.  May be copied and shared for purposes of personal growth and/or research.  All reproduction for profit, by any means, requires written permission from the author. 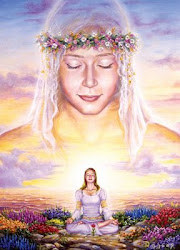 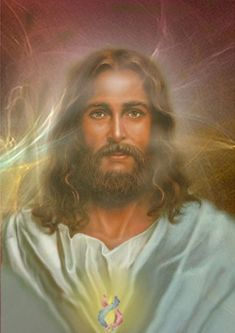 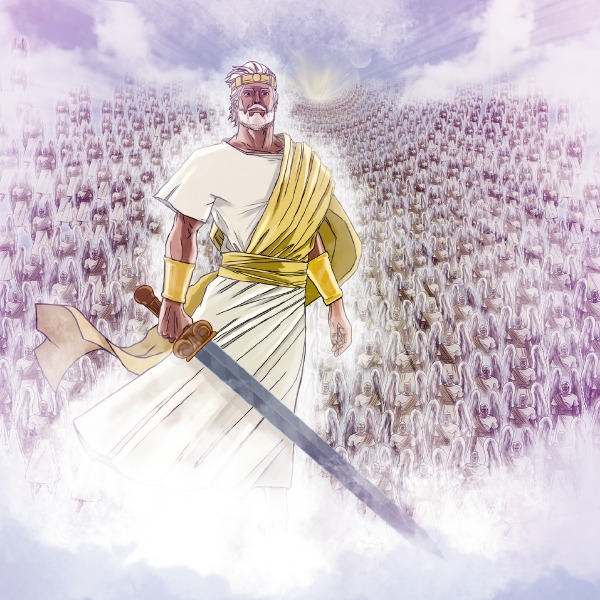 YO SOY LA QUE YO SOY